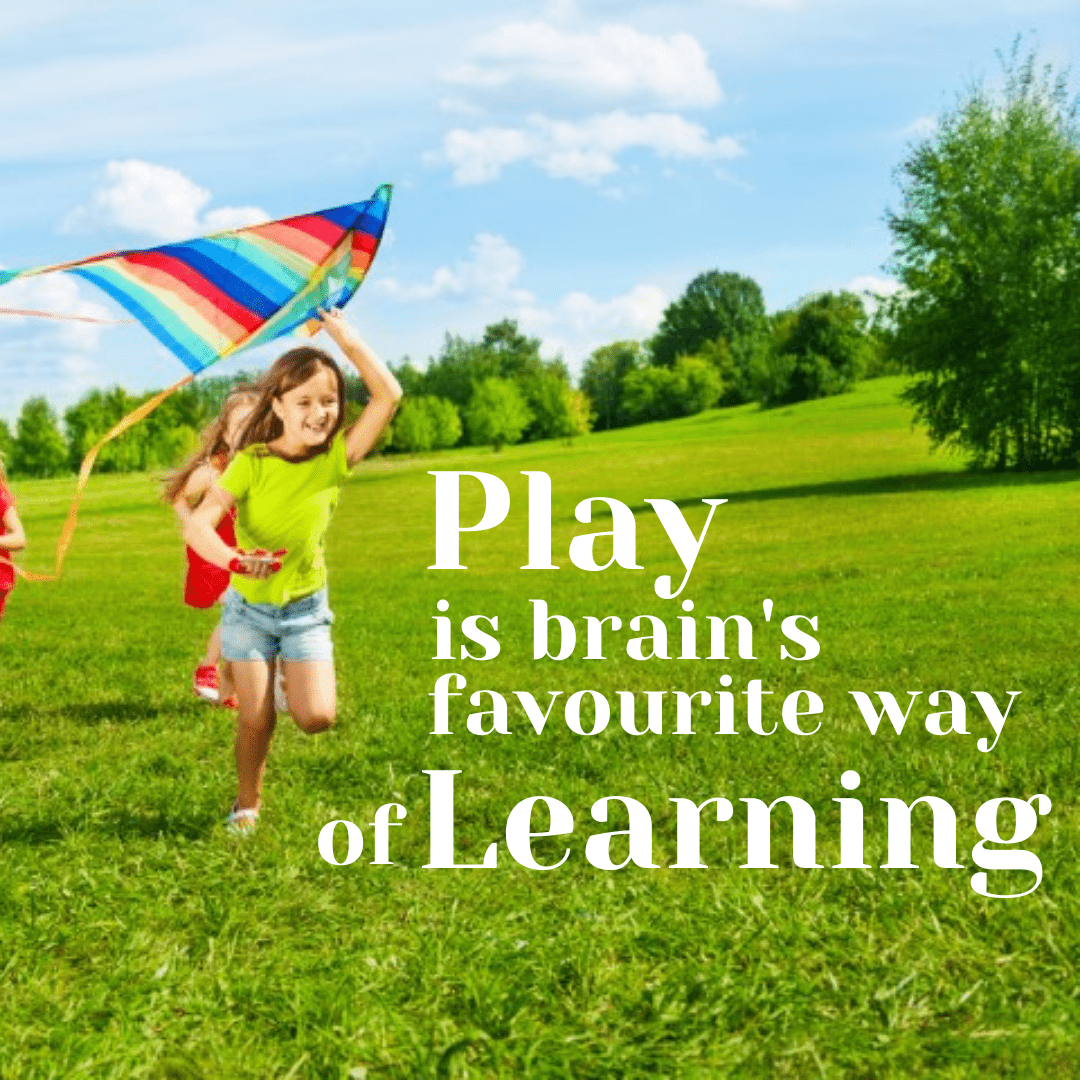 Nikalne do paau (Let them go outside and spread wings)

Arrr ande ke ander kaise badhenge? (How will they learn being a frog in a well?)

This famous advertisement by Parle- G aptly emphasized the importance of the alignment of curiosity, creativity, and playful nature which is crucial for the development of the brain, especially in early childhood.

‘Play’ fosters creativity and generates curiosity and to chase that curiosity, children set on a mental voyage to explore and find the treasure till they reach a satisfactory terminal point. The path of this journey is full of ambition and excruciating brainstorming and the lessons learned and the knowledge gained during this period is something that no textbook words could compete with.

Textbook learning often gets monotonous. Lack of visualization leads to children cramming the topics which they soon forget. This type of exercise is not just monotonous but also very strenuous on the child.

But by playing it out, one has adhered to the learning because it generates excitement, competitive zeal, freedom to think and explore without the fear of judgment. While playing, you are allowed to make mistakes, and the interest, which is an integral part of play encourages you to laugh it away and try again and again until you conquer it. (Read also ‘Challenging Task’ keeps Kids Engaged)

Playing, though unknowingly, teaches some of the very important lessons such as strategy building, team spirit, paying attention to details, being more expressive, better articulation, and many more. I am sure we all have learned more business by doing business than by studying it in our classrooms.

Learning number counts from the textbook was boring but when Abacus was discovered, which did nothing but took numbers out of the textbooks into a toy; counting numbers suddenly became the children’s favorite play.

But does this imply only on children? Not at all! A little play for holistic learning is crucial for people of all age groups. Textbook restricts the knowledge but Playing nudges you to spread the wings and go beyond the limitations. Such leanings cannot be easily unlearned because the human brain has a tendency to store the information that is played out by humans themselves.

Looking for Something?
Documents to Submit

1. Birth Certificate of the child.

2. Community Certificate of the child.

3. Passport size photograph of the child’s guardian in white background.

4. Proof of Identity – Photocopy of the Aadhaar card of the child, parents, and guardian.

5. Proof of Residence – Photocopy of  Aadhaar or Ration Card or Voters ID or Passport or Driver’s License.

Note: The address in “Proof of Residence” and “Proof of Identity” must be the same.

By clicking SUBMIT, you consent to SOLIDBASE storing your data given in this form and the data of the child you will subsequently register into the SOLIDBASE system in order to process your child’s application/registration and child’s admission and for us to contact you as required via email, mobile, social media, post or any other electronic medium of communication. You further consent that SOLIDBASE will continue to hold and process this data in line with their privacy policy.